Pterichthyodes milleri is one of the many placoderms from the Orcadian Basin it could reach a lenght of about 30 cm. Pterichthyodes is covered in bone plates from the tip of its head until about halve way its body, of which the rest is soft tissued. The eyes of this fish were located on top of its head (similar to a ray), because of this, it is thought that Pterichthyodes milleri would have been a bottom dweller. How to identify a P. milleri? The most distinct feature of this fossil are the armoured pelvic fins. They look more like pincers than actual fins. It could use these fins “walk” along the lake bottom. We know this, as fossil fin prints have been found. 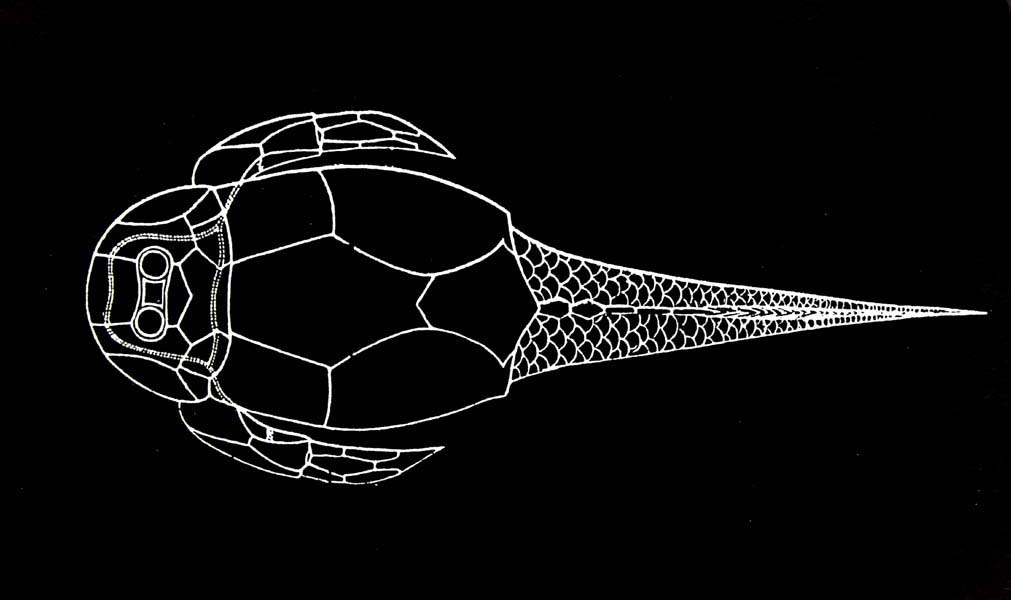 Pterichthyodes milleri is from the Middle Devonian of Scotland. This fish lived approximately 385 million years ago. At the time this area of Scotland was part of the Orcadian Basin, which was a huge complex of lakes that stretched for hundreds of miles. During this period plants started to rapidly colonize the land and fishes dominated nearly every niche of seas and lakes, hence why this period is also known as the “Age of Fishes”. Mesacanthus pusillus co-inhabited the lake with other fishes like the acanthodian Mesacanthus, Diplacanthus, the osteolepids Osteolepis, Gyroptychius and Thursius, the lungfish Dipterus, the porolepid Glyptolepis, the enigmatic Paleospondylus gunni, and the placoderms Dickosteus, Coccosteus, Millerosteus, Rhamphodopsis and Homostius.

The earliest Placodermi are known from the lower Silurian, then in the Devonian (like all other fishes) they diversified and eventually in the late Devonian some becoming the six metre monster Dunkleosteus. Scientists believe that the Placoderms went extinct at the end of the Devonian period, as there is no fossil evidence of them found in the Carboniferous.